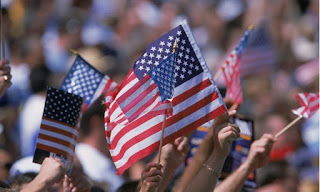 Election Day is upon us.

The Epoch Times, as an independent media outlet, has never endorsed a political candidate in its history, and will continue this tradition.

Instead of endorsing candidates, we dedicate ourselves to reporting the facts, free of bias or preference. This is how we believe we best serve our readers’ interests—by providing them with the information they need to be truly informed.

We do want to take this opportunity to state what issues we think are important.

We believe that traditional culture helps humanity to flourish. The beginning of the Declaration of Independence famously says, “We hold these truths to be self-evident, that all men are created equal, that they are endowed by their creator with certain unalienable rights.”

When we understand ourselves as created by God, we have in our common origin a basis for unity and fellow feeling. Compassion flows naturally to those who share the same origins. Within a divine creation are implicit standards for how we should treat one another, and these guide and shape our societies. In the case of the Declaration, these are “unalienable rights,” which guarantee individuals’ rights to life and liberty.

When we seek to understand ourselves in light of the divine, we necessarily look upward, measuring ourselves by the highest standards. We experience both humility and gratitude, and the aspiration to live up to our beginnings.

Communism is antithetical to traditional culture; it degrades and divides humanity. For every country in the world that has followed its path, despair has followed.

The most prominent communist party in the world today is the Chinese Communist Party (CCP).

It teaches atheism, materialism, and a philosophy of struggle. While traditional culture uplifts humanity by pointing toward God, communism denies divinity. Instead, it reduces human beings to their atoms, providing no basis for unity or morality.

Individuals are taught to be in a constant state of “struggle,” a war of all against all, to seek the approval of an all-powerful state. With the help of Western technology companies, the CCP has developed an unprecedented ability to monitor individuals, giving it the ability to exercise control over minute details of their daily lives.

And all along, it has treated China’s citizens with shocking brutality, routinely using torture to force individuals to give up their religious beliefs. According to an independent tribunal, “forced organ harvesting has been committed for years throughout China on a significant scale” and “Falun Gong practitioners have been one—and probably the main—source of organ supply.” Uyghurs, Tibetans, and some Christian sects have also been targeted for organ harvesting.

The CCP is the greatest threat to the United States today. It uses all means available to subvert and destabilize the United States, which it regards as its mortal enemy. The simple existence of a great, free republic living under the rule of law makes the communist system, by contrast, illegitimate.

The Epoch Times has previously reported that pro-CCP groups have taken credit for helping to spark the riots that have plagued America in recent months following the death of George Floyd.

The CCP uses a “Thousand Talents Plan” that recruits Chinese scientists with positions in American universities to steal research. It steals hundreds of billions of dollars of intellectual property each year from U.S. companies. The FBI has reported that it opens a new counterintelligence investigation targeting China every 10 hours. The list of CCP efforts to interfere in the United States is a long one.

The CCP also has poured China’s resources into developing a high-tech military designed to defeat the United States.

Elections are about choices. We urge voters to choose wisely, electing candidates up and down the ballot, regardless of party, who will oppose the CCP and embrace the wisdom of traditional culture.

at November 02, 2020
Email ThisBlogThis!Share to TwitterShare to FacebookShare to Pinterest
Labels: Election, The Epoch Times