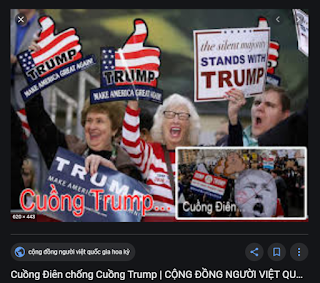 The war against the COVID-19 pandemic has been going on for months. Historically, every single time America has a major problem, the people strongly support the president no matter what happens. Americans unite together for only one and one purpose - to make America great.

But in the U.S COVID crisis nowadays, the radical left’s fight against President Trump has never slowed down, on the contrary, it accelerates and complies with the Democratic Party’s policy: Never let a serious crisis go to waste, so said Emanuel Rahm, Obama’s Chief of Staff.

Although the American people still support President Trump, Trump's approval rate pales in comparison with the former presidents. According to Gallup, about 60% of Americans support Trump’s handling of Covid-19 compared with over 90% people in favor of the way President Bush handling 9/11.

What happened? The answer is quite simple: Pres. Trump’s Covid-19 efforts have been distorted all over and over again by the Democratic Party, the U.S Media, and the #NeverTrump group of Bush family.

If you need more evidence, just take a look at CNN, Washington Post, or The New York Times. You will see a sustained significant number of negative articles criticizing Trump's decisions never a single positive article praising the President.

Pres. Trump is definitely not perfect, and nobody is perfect either. But, Trump is ‘absolutely perfect' in the eyes of the U.S Media, as in perfectly wrong, stupid, and cruel. What we, the people, are facing now is not one biased article of the media, but a large-scale campaign to bring down a legitimately and constitutionally elected president.

Unfortunately, The Americans are watching the news and the TV every single day, so there is no way it won’t affect the Americans. Water Wears Away A Stone.

The U.S Media forgets that the masses could be affected differently: They will either hate Trump or lose confidence in the media. So, this campaign may end up with nobody believing in the neutrality and honesty in the media anymore.

The anti-Trump campaign whipped up by the Left still continue because Trump is an existential threat not only to their own party, but also to the radical left ideology. Anything goes in this fight, especially ‘The Covid-19 card' has been exploited as the most effective weapon as it affects the human’s fear of death.

The more people died of Covid-19, the sooner Trump would be out of the White House and the happier the Dems would be. That's how U.S politics works and The Anti-Trump supporters can't deny this truth.

Lately, the U.S Media has repeatedly criticized Trump for ‘being incompetent’ because of his lack of timely responsee.

In fact, Trump was not exactly slow in his response or ineffective. Both Obama and Joe Biden did not replenish masks, ventilators after using them up in the H1N1 and MERS outbreaks in 2009.

Even the Democratic Party had no clue about the Covid-19 in January. While the first American COVID-19-case was confirmed on 15 January, the New York Times’s coverages were still about Trump's quid-pro-quo with Ukraine. The first American died of the epidemic on January 29, but the Dems were busy calling out John Bolton to testify for impeachment purposes. Two days later, Mr. Biden denounced President Trump's travel-ban as "hysterical xenophobia"

Mr. David Frum, an important member of the Bush circle, wrote that the Florida state allowing students to have summer- break in March was President Trump's fault because he did not impose lockdown in all states. But he didn't mention NY Gov. Cuomo’s speech on 28 January in which he said that Trump had no authority to impose quarantine anywhere: ‘It would be illegal’.

Of course, Mr. Frum also did not mention that the mayor of New Orleans still allowed the Mardi Gras festival to open with nearly two million people participating after some people were reported to be infected in Washington State. Subsequently, New Orleans became one of the largest COVID-19 hot spots in the country.

It is undeniable that the president has to issue necessary guidelines to combat Covid-19, but the governors are the one who have to take full responsibility for Covid-19. No one can impose social distancing order or national lockdown, except for the governors and mayors. The president just has the authority to publish the Covid-19 guidelines, like Mr. Cuomo said. The U.S medical stockpile is also owned by the states, not the federal states. From this perspective, it is clear that Covid-19 hits Democratic states harder than Republican ones. Which explains the democrats trying to shift all blame on Trump.

The U.S media has broken all moral ethics and professional conscience just for the sake of taking down President Trump. While the President intends to open the public places for the people to go outside and enjoy sports, the Dems distort that he just opens the golf places to earn more money.

Texas lieutenant governor Dan Patrick said that he and probably many grand-parents would volunteer to die rather than see public health concerns for old people locked down the entire country, damaging the US economy.

The Anti-Trumpists immediately distorted his idea that he wanted to kill the old people and compared him with the Nazi and the Holocaust.

It is completely fine to disagree with Trump's policy but the way the US media portrays him and Republicans as the fascist is so disgusting. The Dems completely lack the moral ethics and professional conscience.

An MSNBC’s article accused Trump’s personal lawyer, Michael Cohen of taking the money of Novartis Pharmaceuticals back in 2017, as the key reason the President advertised for the effectiveness of Chloroquine in curing the Covid-19. Problem is Mr. Cohen went to prison 3 years ago, so he had nothing to do with the Covid-19. Also, if Novartis could have predicted the pandemic 3 years ago, they would have outperformed Nostradamus himself.

Furthermore, someone also mentioned the death number in H1N1 Pandemic under Obama’s term (around 12,000 people) and compared that with Trump's COVID number (over 200,000 people) to prove Obama's leadership and Trump's incompetence. Well, Trump is not the only president to be criticized for the lack of competence. There are over 200 Heads of State all over the world who lack the ability to stop the Covid-19 with over 32 million people infected and almost a million deaths so far.

It is reported that Mr. Cuomo had hidden thousands of ventilators in New York storage. Many people still don't believe although CNN covers it. Then Mr. Cuomo confirmed: “The hospitals don't need them (the ventilators) yet. The hospitals aren't at their apex.” and he continued “You need them when you hit the apex, which is 30,000. We're not there yet."

Some criticize that the U.S economy would suffer severely because Trump had signed a $2 trillion coronavirus stimulus bill. Inflation and recession are real threats, but these are luxury concerns for billionaires not the working class who need some quick cash to carry them over these difficult times.  Worrying about macroeconomics, or long-term economic depression is nonsense when there are millions of people lacking food.

On the other hand, when it comes to the Covid-19 stimulus money, you can claim that it is your tax and you have any rights to get the checks but then please, stop accusing Trump of raising the national debt or causing the economic depression. It is so hypocritical.

It is argued that Obama had left a great economic legacy and Trump was so lucky to inherit it. To be fair, Obama did leave a legacy, but it was a horrible legacy of 20 trillion dollars debt. During Obama's term, he gave up on the manufacturing industry and allowed China to prevail in it. He even encouraged the American People to forget about the manufacturing industry and go learn some new skills.

The Anti-Trumpists also criticized Trump about two main issues: the closing of the Pandemic Office within the White House National Security Office and Trump calling the pandemic a hoax.

First, Trump never closes any pandemic office, he just merges three offices into one in order to cut back on red tape. Second, he also didn't call coronavirus as “hoax", but calls the plot of the Dems against him as a hoax.

President Trump was also accused of neglecting actions against Covid-19, being totally absorbed in the presidential impeachment. The truth is Trump did not spend so much time on the impeachment trial while also managing State affairs as well.

In the midst of the Covid-19 Pandemic, humanitarian concerns should play an important role in bringing people together and eliminate political selfishness. Taking advantage of thousands of deaths and turn it into political weapons are so inhumane and disgusting.