US Firms Move Supply Chains Out of China, Explore Options Closer to Home

US Firms Move Supply Chains Out of China, Explore Options Closer to Home 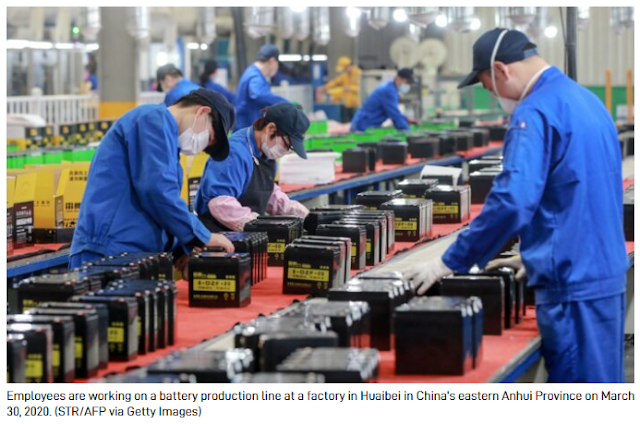 WASHINGTON—The U.S.–China trade war and the COVID-19 pandemic have forced companies to reduce their excessive dependence on China as a single supplier.

U.S. brands have started to explore sourcing options closer to home, with Latin and South America gaining significant traction in recent months, according to a survey by Qima, a Hong Kong-based supply chain inspection company.

The survey conducted in July among more than 200 businesses around the world found that respondents are increasingly moving their sourcing away from China. Ninety-three percent of U.S. respondents reported that they had plans to further diversify their supply chains. Meanwhile, less than half of EU respondents had a similar strategy.

China is still a major global player for sourcing, however, its dominance has become “noticeably less dramatic” compared to prior years, according to a Qima report that shows key survey findings.

For example, 75 percent of respondents globally named China among the top 3 sourcing geographies this year, compared to an overwhelming 96 percent in 2019.

Many companies especially those in textile and apparel have made supplier diversification a priority for a while, with Vietnam continuing to gain popularity as an alternative to China.

“Consistently ranking among China’s regional competitors, Vietnam continues to reap the most benefits of the continued mass exodus of Western buyers from China, with 40 percent of EU respondents and almost as many U.S. brands including Vietnam among their top sourcing regions,” the report stated.

Among other Asian countries, Taiwan is emerging “an indisputable leader” as it enjoys overwhelming preference as a sourcing market among American companies.

The pandemic has also accelerated the need to reshore supply lines to the United States or near-shore to Latin and South America.

“For U.S.-based companies, sourcing destinations closer to their home country continue to grow steadily, with the popularity of Latin and South America almost doubling compared to last year,” the Qima report stated.

The survey found that 39 percent of U.S.-based companies indicated plans to source more from the United States and North America and 13 percent from South and Latin America.

“Meanwhile, EU brands are increasingly turning to Turkey as a near-shoring destination,” the report stated.

For decades, most large U.S. multinational corporations have heavily invested in facilities and human resources in China to gain access to the Chinese market, and they have already given up their intellectual property as a price of entry.

However, the pandemic, coupled with the souring sentiment against the Chinese communist regime over the past few months, has forced many corporate boards to dramatically alter their sourcing strategies.

President Donald Trump pledged to end U.S. reliance on China and bring back 1 million manufacturing jobs in his second term. He recently proposed providing tax credits and allowing “100 percent expensing deductions for essential industries like pharmaceuticals and robotics” to incentivize companies to produce in the United States.

Trump also signed an executive order on Aug. 6 to ensure that essential medicines, medical supplies, and equipment are made in the United States.

Former Vice President Joe Biden, the Democratic nominee, also pledged to “bring back critical supply chains.” He promised to “bolster American industrial and technological strength and ensure the future is ‘made in all of America’ by all of America’s workers.”

In the past two decades, China has become a crucial global supplier. According to the United Nations, China accounts for nearly 20 percent of global trade in manufacturing intermediate products, up from 4 percent in 2002.