New Poll: Trump Now Leading Over Biden, Approval at Record High, Opinion on Riots May Be Nail in Biden’s Campaign

New Poll: Trump Now Leading Over Biden, Approval at Record High, Opinion on Riots May Be Nail in Biden’s Campaign 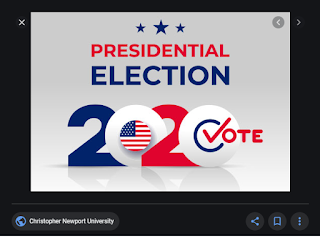 Rasmussen has some pretty fascinating polling out.

While Rasmussen does tend to have more positive polling for the president, they also were among the few who were accurate in 2016. One of the reasons is because they evaluate “likely voters” and not just registered voters like some polls, arguably a better measure of who will actually be voting and therefore the results.

Their numbers just out are now put President Donald Trump ahead of Joe Biden in the race, 47% to 46%, a one point lead, the first time he’s lead in the race according to the polls. Biden had a two point lead last week which appears to have been erased.

One of the other factors in the poll, according to Rasmussen, is that they didn’t oversample Democrats as do many other polls. Their sample was 37 were Democrats, 33% Republican and 31% independent of likely voters.

In addition to that, Rasmussen found that Trump also again reached his highest approval rating again, 52% at a critical point now just before the election.

While other polls still have Biden up, the gap has narrowed considerably and they are oversampling and not counting the hidden Trump vote, so it’s likely closer to Rasmussen in reality.

All the data points have been moving favorably toward Trump, including attracting minority support.

Rasmussen said that both Biden and Trump hold 80% of their base. And, it said Trump is attracting minorities. “Trump shows surprising strength among other minority voters, suggesting perhaps that he is attracting Hispanic support as violent racial protests continue in many major cities,” said the analysis. [….]

A key to past reelection victories has been a national approval rating of about 50%. Trump’s average has been well below that over his three-plus years in office, but like former Presidents George W. Bush and Barack Obama, he appears to be peaking just in time.

This may not even be factoring in yet his successes in the Middle East, with achieving a peace deal signed between Israel, the UAE, and Bahrain, with more Arab nations likely to come on board. That’s an incredible achievement that moves the Middle East closer to real peace and isolates the bad actors like Iran.

But what is being factored in would appear to the riots, according to Rasmussen Reports.

Three-out-of-four voters who’ve had violent anti-police protests in their community rate those protests important to their vote in the presidential election. Among these voters, a sizable majority like the job President Trump is doing.

The latest Rasmussen Reports national telephone and online survey finds that 42% of Likely U.S. Voters have had anti-police protests in their community this summer.

Nearly half (48%) of these voters say the protests in their community have turned violent.

Among all voters, 65% say the violent protests are important to their vote in the presidential election this fall, with 41% who say it’s Very Important.

Among those who have had violent protests in their community, even more (76%) rate them important to their vote, including 54% who say they are Very Important. Sixty-three percent (63%) of these voters Strongly Approve of the job Trump is doing versus 35% who Strongly Disapprove.

Most voters looking at the violent protests are seeing them as “criminal in nature.” Because they have eyes and they’re sane. And people are also seeing that it’s the Democratic leaders who are making it worse by not dealing with it appropriately.

That isn’t helpful to Democrats or Biden. The Biden staff and Kamala Harris donated to a fund to help bail out people arrested during the riots and encouraged other people to do so as well. Not to mention fully embraced the BLM during their convention where they completely ignored the violent nature of the riots. Americans are apparently getting it and they’re not liking it.

at September 16, 2020
Email ThisBlogThis!Share to TwitterShare to FacebookShare to Pinterest
Labels: Election