For the Good of the Country, the Democrats Must Accept a Drubbing

For the Good of the Country, the Democrats Must Accept a Drubbing 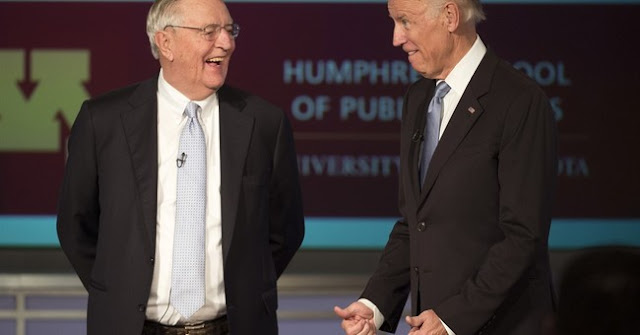 We need to make the riots stop. They are getting too dangerous. It’s no longer fires and looting and property damage. Now we have dead people. We knew that was coming. When these events started, there weren’t many guns. The guns may have been there, but most were hidden. In the last several weeks even our most peaceful protesters have been showing up dressed like Rambo, complete with bulletproof vests and gas masks. “Peaceful Protesters” have been stopping motorists at gunpoint, threatening drivers with death if they do not turn around. It was only a matter of time before somebody got shot. Sure enough, now we have several dead.

You’ve probably heard the argument that if we just remove the pro-Trump forces that have been a recent addition to the festivities, the Peaceful Protesters could go back to setting fires, looting, and beating people up. Everything would be fine.

But we don’t really want that. Fires and looting and assaulting people on the street are not fine. The riots must stop.

Unfortunately, this will mean postponing the Socialist Revolution. This will bring great disappointment to many of our idealistic young people who have been assured that the nation is yearning for an effort such as theirs, to bring down Capitalism, burn down all the businesses and police stations, beat up the senior citizens and the paraplegics in wheelchairs, and put a Unicorn in every pot.

But so what? We’ve always had idealistic youth running around pretending they are Che Guevara. The Socialist Revolutions always fail. What’s different this time — and where I’m going with this — is that the current crop of Socialist Revolutionaries have been getting aid and funding and organizational help from what appear to be actual, honest-to-goodness Socialist Revolutionaries. Perhaps they are Russians. Maybe they are Chinese. They could be “Americans” like George Soros. It doesn’t matter. Before these creeps showed up, we didn’t have pallets of bricks being mysteriously dropped off along the parade routes. We didn’t see dozens of amateur Guevaras wearing identical protective vests and gas masks. Somebody is buying this stuff and running a distribution operation to handle the logistics, and it isn’t the idealistic youth with their toy revolution. Somewhere in the back there are Serious Adults with Serious Money.

The idealistic youth will probably not stop no matter what happens. They are, after all, on a Mission From Justice. I think it was Superman who said, “More loco than a powerful motive.” But without their bricks, flame throwers, gas masks, and we-don’t-know what else they’re getting on the side, today’s Symbionese Liberators aren’t going to be any more effective than any of the other Socialist Vanguards of the last sixty years.

The Serious Adults, on the other hand, will pull back — they will cut off the money — if they determine that the country is not as far along toward Socialism as they had thought, and that their attempts to stir things up are actually making things worse for them. That happens if, and only if, the Democrats take a drubbing in November. If the Democrats win big, that tells the instigators that we are indeed headed left. On with the Revolution! If the election is close either way, they have no reason to stop funding their little dears to continue playing at Socialist Revolution. But if the Democrats lose big, from sea to shining sea, three things happen. First, the professional leftists find out The Hard Way that what they are doing is harming their own cause. Second, the Democrats — who have been playing footsie with them — will go after them with a vengeance. And third, it becomes much easier for law enforcement to mop up whatever remaining fools don’t get the message that The Revolution Is Over.

Will the Democrats accept a drubbing to save the country? Of course not. Which is why I say they must accept one. As in, having one handed to them whether they want it or not. Independent voters, this means you. If these riots don’t stop, we are going to have armed combat in the streets of multiple cities. Nobody wants that. Independent voters, you have the power to choke off the money that is funding these riots. Please: vote wisely.

at September 04, 2020
Email ThisBlogThis!Share to TwitterShare to FacebookShare to Pinterest
Labels: Bình Luận