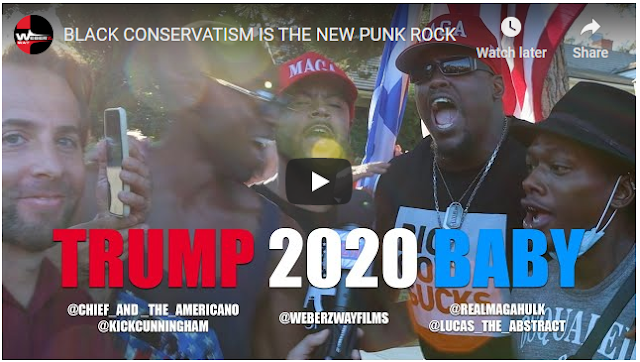 "MAGA Hulk," "Lucas The Abstract," and a group of black Trump supporters explained why they support the president despite the constant refrain that he is a racist in a video posted Monday on social media. The group said people who call Trump racist can't back up the claim and that those people believe don't have the facts and believe the media narrative. The group called Black Lives Matter a "fake" organization that wants to take the nuclear family away."I personally believe the BLM movement is fake," Lucas The Abstract said. "It has nothing to do with advancing the lives of black people.""They want to break up families and homes," another man chimed in.
"Their main goal is to break up the patriarchal, nuclear family," Lucas The Abstract continued. "If BLM really cared about black lives, why would they be solely isolated to incidents where a black life is taken at the hands of a white cop? That happens less than 1%"
"As you can see, black conservatism is the new punk rock," one man jumped in."We're the rebels! Want to be cool? Come join our cause, baby," MAGA Hulk said.