A super PAC founded by Clinton aides invited the thugs who harassed Senator Rand Paul and his wife after the Republican National Convention at the White House on August 27, 2020.

Other prominent Republicans exiting the RNC were also confronted by a leftist rage mob organized by the Party Majority PAC, as well as the Revolutionary Communist Party‘s front group “Refuse Fascism,” whose cult-like leader Bob Avakian endorsed Joe Biden earlier this month, and a Democratic Socialists of America-aligned group called Shut Down DC.

An individual holding a sign that says “Good Trouble” with the hashtag #ThePeoplesHouse is highlighted in the featured photo. If one checks out the hashtag, one is led to a website, where an invitation to a protest the White House is prominently featured.

The Party Majority PAC was founded by Mike Lux and Adam Parkhomenko according to a 2017 article posted at NBC News. Mike Lux, the co-founder of the group, has been a card-carrying Democratic Socialists of America member. NBC News described him as “a former aide to President Bill Clinton who has helped build a series of progressive organizations over the last two decades.” Those organizations include the Soros-funded groups: Ballot Initiative Strategy Center and the Center for American Progress.

The Party Majority PAC “will fill in holes to make sure activists on the ground have the resources they need to be successful, working with existing organizations both new and old to ensure resources are used effectively,” Mike Lux was quoted as saying.

Parkhomenko, on the other hand, “served as director of grass-roots engagement on Clinton’s presidential campaign and is currently a paid adviser to Clinton…” Parkhomenko has been hired for Hillary Clinton’s “Onward Together” group, which works very much like George Soros’ Open Society Foundations in giving grants to subversive organizations.

Ironically, a trending hashtag during the last night of the Republican National Convention was #DrownOutTrump, which also appears to be associated with #ThePeoplesHouse protest.

It is almost as if Twitter is aligned with the hard left activist groups.

Notice the signs are the same as the one that was being held over Senator Rand Paul in the featured photo: 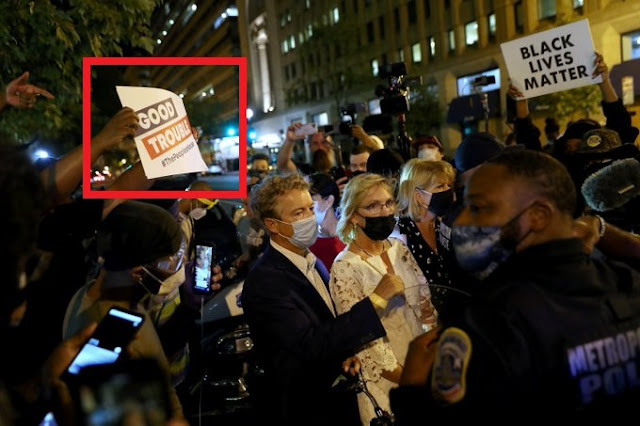 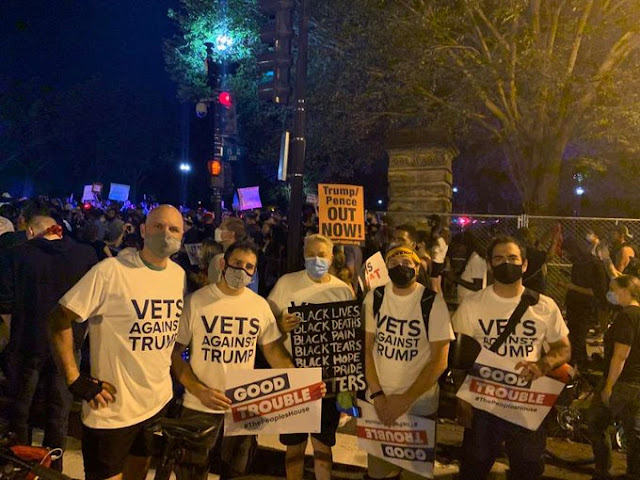 Refuse Fascism, a front group for the Revolutionary Communist Party, was also in attendance. Their invitation is too idiotic to post, but can be read here. While the mainstream media interviews and posts images of Marxist agitators, they do not bother to explain their radical connections.

The Joe Biden-endorsing leader of the Revolutionary Communist Party is Bob Avakian, seen below praising Mao Zedong, as he sits with his comrade Marxist Cornel West. 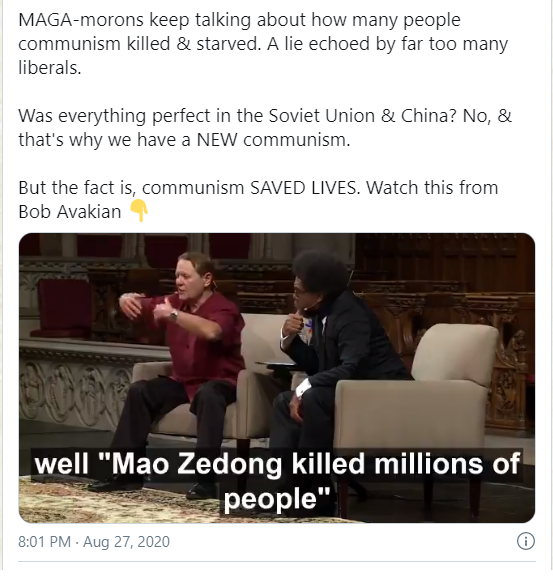 The Refuse Fascism signs are distinctive and can be easily picked out of a crowd.

at August 31, 2020
Email ThisBlogThis!Share to TwitterShare to FacebookShare to Pinterest